I signed up for 23andMe a few years ago for professional reasons. This was before November 2013 when the FDA told 23andMe to stop providing health results. As a health care marketer, I admired how the company’s whimsical pink and green infographics made genetics both appealing and understandable.

When I mentioned to friends that I had signed up, many said that they wouldn’t want to know if there was some disease lurking in their genetic code. I’ll admit that a chill went through my body as I thought, “What if I find out something really bad?” Luckily, my repressed WASP upbringing allowed me to shelve any looming unpleasantries in the back of my mind.

When the 23andMe test results came, nothing really bad popped up. My results weren’t that earth shattering and made sense based on my family history. I was higher risk for Venous Thromboembolism (VTE) and Atrial Fibrillation.

At the time, I largely ignored the ancestral results. They were pretty lame, telling me what years of sunburnt skin told me: I was 99.9% Caucasian. As for country of origin, I knew that I was a U.K. mutt with a small German streak.

Several years went by, and 23andMe continued to email me with updates. One day in April, I happened to click on one all the way through to the ancestry data.

And that was when I had my Madeleine Albright moment: 19% ASHKENAZI.

When my mother was later tested, it revealed that she was 49% Ashkenazi, totally unbeknownst to her. We hypothesize that my maternal grandfather, Irving Crook, was probably Jewish. He came to America from England when he was 6 months old. But that didn’t mean he was of English descent. England was most likely just a stopover for his Eastern European parents escaping persecution. We will probably never really know, and most likely Irving didn’t know either.

How does this change my life? Not much. I still sing in the church choir and help organize our annual Fish & Chips dinner. However, the bigger question is what impact did my health results have on my behavior? The biggest change is that I now get up during long plane rides to help prevent blood clots, something everybody should do anyway.

I recognize that for many people, the 23andMe health results can have major consequences. Had I gotten more devastating news, it could have sent me down a rabbit hole of unnecessary, expensive and potentially dangerous medical testing. As Atul Gawande says in his recent Yorker article, “Overkill”, “Millions of Americans get tests, drugs, and operations that won’t make them better, may cause harm, and cost billions.” I also realize that not everybody is equipped to deal with bad news like Angela Jolie, who upon learning she had the BRCA gene, chose prophylactic surgery.

But despite these caveats, I think the author of “The Patient Will See You Now”, Eric Topol is right, the personal data genie is out of the bottle. In the opening pages of his book, he makes the following bold statement:

“We are embarking on a time when each individual will have all their own medical data and the computing power to process it in the context of their own world. There will be comprehensive medical information about a person that is eminently accessible, analyzable and transferable. This will set up a tectonic power shift, putting the individual at center stage.”

It is true that our health care system with its practice of defensive medicine and misaligned economic incentives has the power to distort good data into bad unintended consequences. This fear drives the cry for a more measured approach to personal health data transparency. We end up like the little Dutch boy with his finger in the dike, trying to hold back the flood of health care information.

However, the time and effort is better spent helping this free flow of personal data transform our flawed health care system into a more patient oriented system. That’s why education and good health care information are even more critical going forward. Don’t withhold information, teach people how to deal with it. 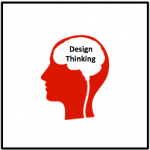 Finding purpose in the mundane

What could be more boring than the traditional patient pamphlet?

A little design thinking could change all that. One of the key principles of design thinking is purpose. Every element should have a customer-focused reason for existing. This requires a deeply rooted understanding of customers and how they interact with a particular object. It is this understanding that can transform the mundane into the marvelous.

One of the best examples I have ever seen is the in-room collateral for the Wanderlust Hotel in Singapore that I stumbled upon at an American Institute of Graphic Arts (AIGA) exhibit. The design team from Foreign Policy Design had a profound understanding of the prototypical Wanderlust guest. The type of guest who checks into the Wanderlust hotel is “curious and interested in discovering, engaging and immersing in new experiences.” They have a desire for personal growth through exploration.

Based on this understanding, the designers reinvented the “almost-useless conventional in-room directory” into a more useful travel tool. The in-room directory was morphed into an itinerary, full of useful local information including “area maps, train and bus maps, local shops and restaurants as well as thoughtful blank pages for notes and sketches.”

The reimagined in-room directory led to a redesigned check-in procedure. As the AIGA exhibit notes detailed, the itinerary “improved the check-in workflow, converting a laborious and dreaded check-in process into something fun, a talking point.”

This proves that one small design element can trigger a cascade of changes that lead to an improved overall brand experience. And the business results? The hotel has been featured in core travel publications including Travel & Leisure, has appeared on almost 500 blogs, and its room occupancy rates have risen.

And no wonder, “Creating a unique customer experience is one of the best ways to achieve sustainable growth, particularly in industries that are stagnating,” according to the consulting firm ATKearny. In industry after industry, higher customer satisfaction has been shown to drive sales and profits.

So back to the patient pamphlet. What is its core purpose? What is the problem that the pamphlet (or for that matter, the website, app or DTC ad) is trying to solve? What other problems does the patient have? Is there a role it can play there? How should it be redesigned?

What happens if the patient pamphlet is reimagined as an itinerary for better health, rather than merely a way to convey basic product information? Could infusing a higher-order purpose into a pamphlet set off a cascade of changes in all marketing activities? 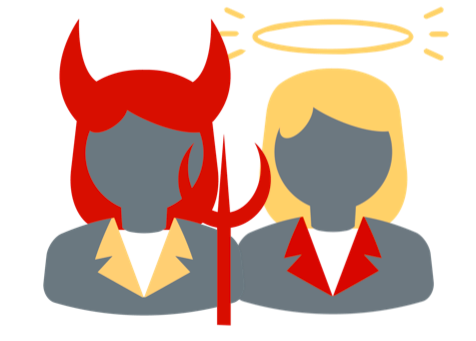 Improved patient experience. As a health care marketing professional, I see the topic everywhere. As a patient, though, it is often nowhere to be found. Here’s my Tale of One Health Plan. One day, one health system, two appointments, two dramatically different patient experiences. In one visit I was a “A Bad Mom,” in the other, “A Wonderful Woman.”

First the “Bad Mom.” At a Children’s Center” in an affluent hospital, my 15-year old daughter and I entered what looked like beige food court in a mall, little booths for each pediatric specialty ringing the room. Threatening signs dotted the walls cautioning against letting your children bounce on the furniture.

I approached a booth with a simple question. “What time was my appointment?” I had made the appointment for 3 pm but had received a confirmation call for 2:45. Asking one of the Booth Ladies, I was told, “I don’t know when your appointment is for, just sit and wait for the doctor.” This patient experience told me that the hospital’s time was more important than my own and that I could not be trusted to come to an appointment on time.

At 2:43, after eventually learning my appointment was for 3 pm, I decided to dash to the hospital coffee shop on the floor below. When I came back at 2:55, my teenage daughter was nowhere to be seen. Going back to the Booth to ask about my daugther’s whereabouts, the original Booth Lady didn’t even look at me, but told her companion Booth Lady, “I told the mother to wait for the doctor. This patient experience told me I wasn’t a person, but an individual filling a role, and doing it badly at that. Bad Mom, Bad!

Contrast this to my mammography later that day. Not only was I greeted by a friendly woman, I was given thorough instructions reinforced on a patient handout. I was then whisked away into a spa-like changing room, complete with honey colored wood lockers, thick terry robes and ethereal Spa music playing in the background. To top it all off, I got a bracelet commemorating breast health awareness month when I left. I was a “Wonderful Woman.”

Yes, this was the same health system. But no one had bothered to think through how an individual person might experience it’s different parts in her different roles: parent, patient and parental caregiver. I know a unified patient experience is possible.I increasingly use another health system in my area, the Summit Medical Group. The receptionists are uniformly friendly, even when you as the patient screw up. For example, one of the receptionists noticed I missed an appointment in another department and made a call to have them squeeze me in so I wouldn’t have to come back again. That patient experience told me I was an important individual whose time was valuable.

Now the medical care I receive in both systems is excellent. But if I needed a new doctor, I would go to Summit Medical Group. And I am not alone in judging a system by it’s support personnel. According to PwC Health Research Institute, 60% of consumers said staff attitudes are a key factor in evaluating their provider experience. The lesson here is to make sure the patient experience is understood and designed from the patient’s perspective. And that starts from the moment the patient picks up the phone to schedule an appointment.